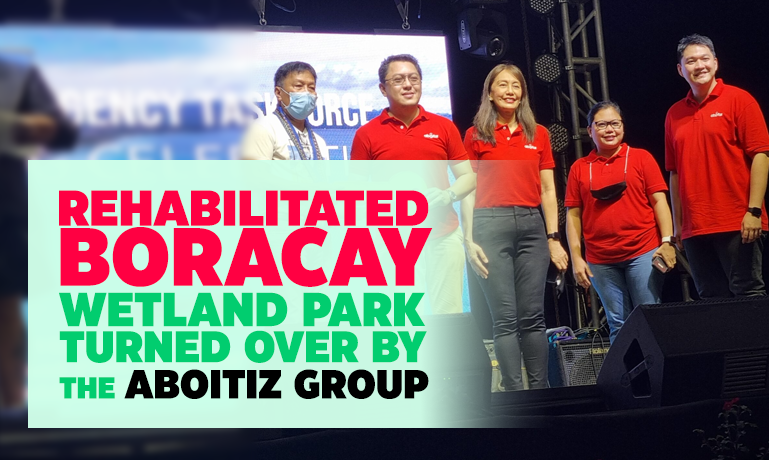 Turned Over by the Aboitiz Group

As a testimony to its adherence to the preservation of biodiversity and environmental protection in Boracay, the new Wetland No. 4, now known as the Balabag Wetland Park, was handed over by the Aboitiz Group to the Department of Environment and Natural Resources (DENR) during a turnover ceremony last June 16, 2022.

Barangay Balabag's one-hectare lagoon was converted into a linear urban park in cooperation with the national government agencies conducted by the DENR-Western Visayas, the Department of Public Works and Highways, Tourism Infrastructure and Enterprise Zone Authority, and the Department of Tourism.

The rehabilitation project began in 2018, and the Aboitiz Group used low-impact eco-tourism designs to design a practical shared space out of the wetland area. The Balabag Wetland Park has evolved into a recreational, educational, and experimental space by developing awareness about the significance of wetlands and creating opportunities for collaboration and partnerships among the local community, students, and even tourists.

Aerators were installed to preserve the water quality of the lagoon. At the same time, endemic trees and plants were enrooted along the lagoon's perimeter boardwalk to support rebuilding the biodiversity in the area. An additional plaza was constructed as a flood management measure and an attraction site for tourists and locals.