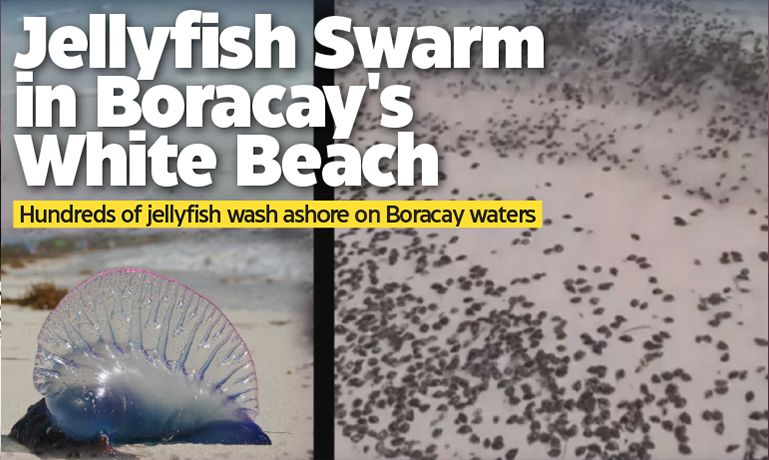 Boracay Inter-Agency Rehabilitation and Management Group, led by the Department of Environment and Natural Resources (DENR), confirmed the sighting of hundreds of jellyfish washed ashore across the whole stretch of White Beach in Boracay on May 14, around 2 pm.

However, after three hours, the swarm of jellyfish had washed away, and no recurrence was reported after that.

According to the initial assessment of BFAR-Aklan, jellyfish beaching is a natural occurrence on the island from around May to September, depending on the wind's direction as it t pushes the marine animals to shore.

The DENR confirmed that this certain species is not toxic but may induce itching and allergy on contact. The local government of Malay warned the public against going into the water while the jellyfish were existent.

As of Sunday morning, May 15, the team dispatched by BFAR Aklan Provincial Fisheries Office to check on the jellyfish bloom reported that the White Beach, from stations 1 to 3, was cleared of the occurrence and found no trace of the previous incident.